Should you go here? Glad you asked. I’ll dig deep, and ask questions like: What is this place? What is happening here? Do I like this? Will YOU like this? Should anyone go to this place? Should this place cease to exist??? Let’s find out.

THE WORLD’S ONLY CORN PALACE

This is the World’s Only Corn Palace, which has been dubbed “Mitchell’s premier tourist attraction,” and honestly, it fills me with questions. They’ve got an annual festival and corn murals, and get this: Every year, they decorate the palace with NEW CORN! There are 13 different shades of corn used to decorate with. Would you like to know what colors of corn they use?

They use red, black, brown, orange, blue, white, CALICO, yellow, and green! The green is a new addition. They just started using green corn, recently, in their decorations.

What is happening here?

This corn palace was literally built to “prove to the world” that South Dakota’s agricultural climate was healthy. Because nothing says “We’re fine!” like the construction of something called a Corn Palace.

You’re going to have to give us a little bit of a backstory here.

The Corn Palace was first built in 1892 as a place for residents to gather for fall festivals, and of course, to celebrate all of the corn everybody grew everywhere. It was a grand success, and several years later, it was too small, and they built a bigger Corn Palace. BUT THEN, in the 1930’s, they were like, “We want it to be like the old Corn Palace,” so they rebuilt it AGAIN to make it look like the old one.

They rebuilt the Corn Palace multiple times, only to settle on the aesthetic of the… original Corn Palace?

So, what’s the main draw here?

What happens at that?

Okay, so it’s mostly just an unveiling of the new decorations for the year. Remember? The murals and the corn of all different colors? Well, the annual Corn Palace Festival, held in August, unveils… that. Also, there are carnival rides and vendors and everybody brings produce and there’s a contest for who brought the best produce.

Wow. That’s… just great. You mentioned that you had questions.

Oh yes. First of all, this is the WORLD’S ONLY corn palace? Hard to believe. I’m personally shocked to find out that there aren’t several other corn palaces, but maybe that’s just me.

Who should go here?

Well, at this point, unless you’re attending the aforementioned Corn Palace Festival, you should probably just go there if you’re a high school student whose prom or graduation is being held there. Also, it was named one of the top 10 places for high school basketball to be held. So. if you’re, y’know. One of those guys… you should go here. To play your basketball game.

Wait. So it’s not even a real tourist attraction anymore? It’s just where stuff is held, for high schools?

WELL!!!! They still have corn festivals there, as well as other events sometimes! But uh. Mostly just the high school thing, yeah. 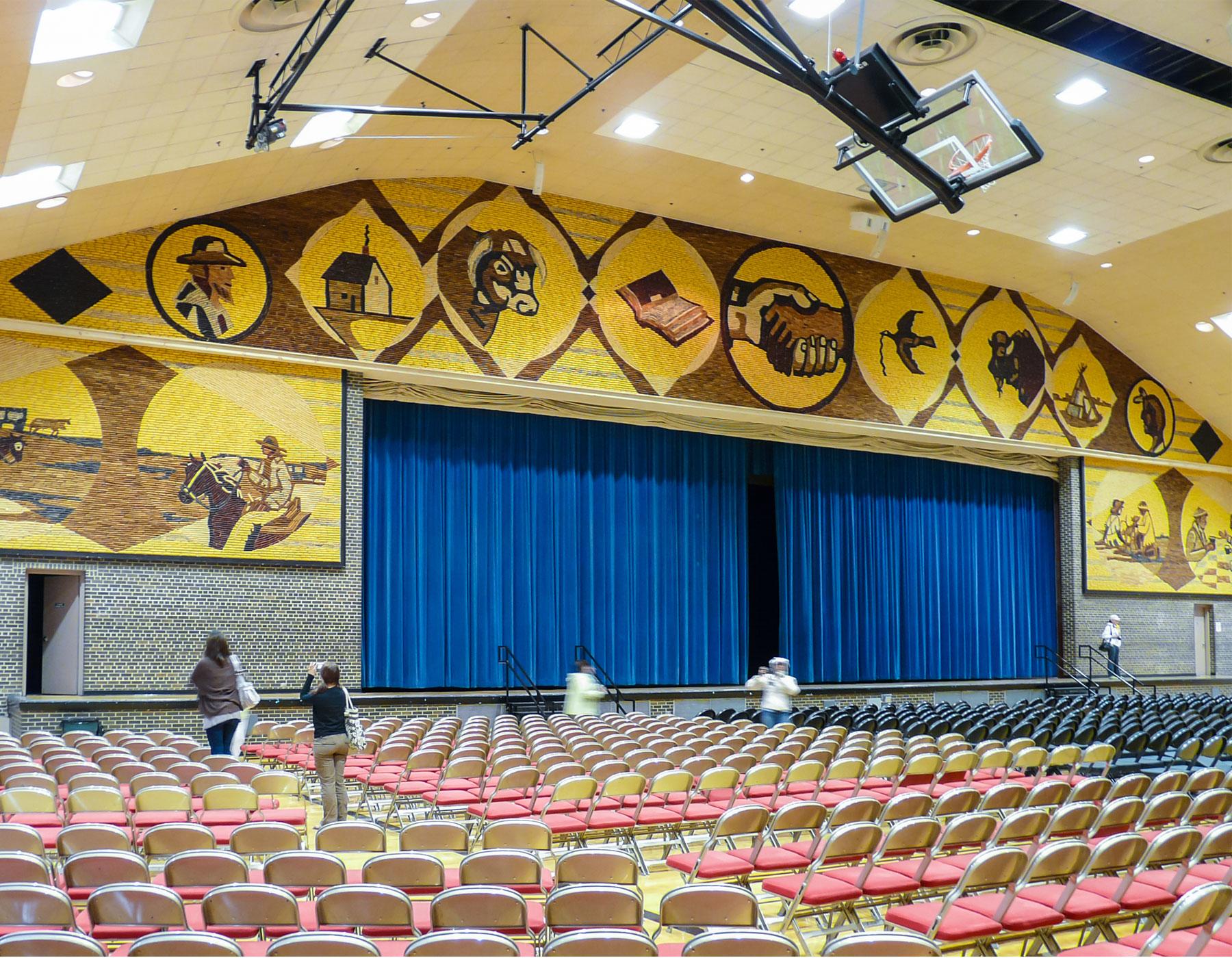 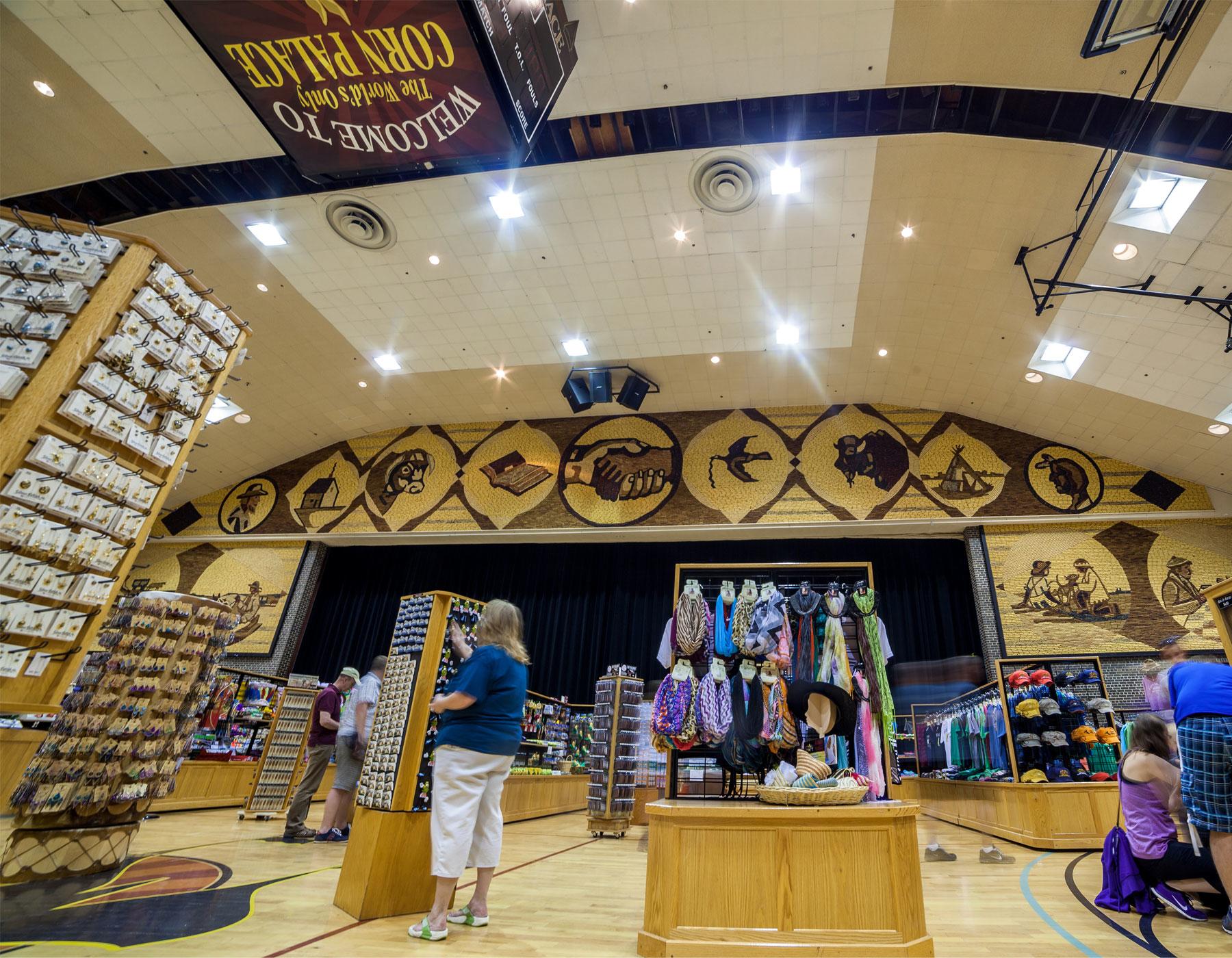 Why are you talking about this if it’s not even a tourist attraction anymore?

Because it’s called the Corn Palace, and I’m the boss of what we talk about here. Back off.

Would you go here, Audrey?

I mean, I guess I would. I don’t know. I spent about six hours on their website because I was so fascinated by it, and honestly at this point I’m not sure if that was because it’s actually interesting or I’m just a huge idiot. But I’m guessing it’s a little bit of both, and I’m fine with that.

So you’re saying that you would go to the Corn Palace, the place where once a year there’s a corn festival, and the rest of the year it’s where high school students play sports games. That’s what you’re  telling the readers?

So… should you go here?

I mean, you can? You can go here. You can. They allow that. SHOULD you? Listen, don’t take a trip to South Dakota specifically for the Corn Palace. As confusingly intriguing as this place is to me, I’m not sure anyone should travel excessively for corn and corn-themed decor. Corn’s fine. I’m glad it has its own palace. If you’re in South Dakota, nearby, absolutely check it out. I guess. It’s free. What else are you doing? I mean, if you’ve got something better to do, you should totally do that instead. But, if you’re like, “Ah, I’m in South Dakota currently, and I have done literally everything there is to do here and I also don’t have any interests of my own,” then you should definitely check out the Corn Palace.

How to Spend a Layover in Munich

Send To A Friend

Please don't close or refresh the page while we are processing your submission
Please be patient, this could take a few minutes.